Writing in Cardiovascular and Interventional Radiology (CVIR), they conclude: “Embolization by absorbable and non-absorbable suture is a feasible and effective treatment, which opens up the possibility of global use of this inexpensive and widely available embolization agent”.

Speaking on this topic for the first time at the Global Embolization Oncology Symposium Technologies (GEST) in New York, Vidal presented the results of the preclinical study to attendees, calling this “the first step” towards his ambitions for the FAIR-Embo initiative. In this initial preclinical study, the investigators used a porcine model to test the feasibility and safety of arterial embolization with absorbable and non-absorbable suture fragments. Their publication reports that the embolization with these agents was a technical success.

As described in the CVIR paper, an interventional radiologist embolized the target artery by inserting a suture fragment into the lumen of a 5ml syringe, and then pushing it through the catheter, along with contrast agent. Once a complete occlusion of the artery was achieved, the embolization was finished.

The maximum suture fragment diameter corresponded with the inner catheter and microcatheter diameter: for example, when using a 4F catheter, the largest compatible suture fragment diameter was 0.9mm. Dubbing this method the “FAIR-Embo technique”, Vidal and coauthors state: “The FAIR-Embo technique is similar to a torpedo gelatine embolization. In our study, the selective catherisation, along with an operator, has resulted in selective embolizations without any off-target embolizations.”

They continue: “FAIR-Embo is a concept based on the hope [of using] interventional radiology in emerging countries, by the development of safe, available and cheap embolic material. This work [the preclinical study] is a proof of concept of the feasibility and safety of the FAIR-Embo procedure, using homemade suture fragments—made from a globally available suture material—with the aim of making arterial embolization available in the greatest number of countries.”

We have the knowledge, skill, and materials to save lives through interventional radiology, but these are unequally distributed around the world

“Interventional radiology is very powerful for treating a vast range of different indications”, Vidal said at GEST. Showing an image of a wellkitted out angiography suite replete with multiple screens and bright, clinical lighting, he continued: “This is what we think when we think of interventional radiology in our country. In emerging countries, this is not the case.”

He elaborated: “We have the knowledge, skill, and materials to save lives through interventional radiology, but these are unequally distributed around the world. In certain countries with emerging economies, physicians cannot perform embolizations, as they lack the embolic agents necessary. This can be for two reasons: firstly, the embolic agent may be too expensive; secondly, the material may not be available in that country, as the manufacturer does not distribute in that region. In both these cases, we can potentially offer a solution, if further testing proves that embolization with absorbable or non-absorbable sutures is safe and effective.” 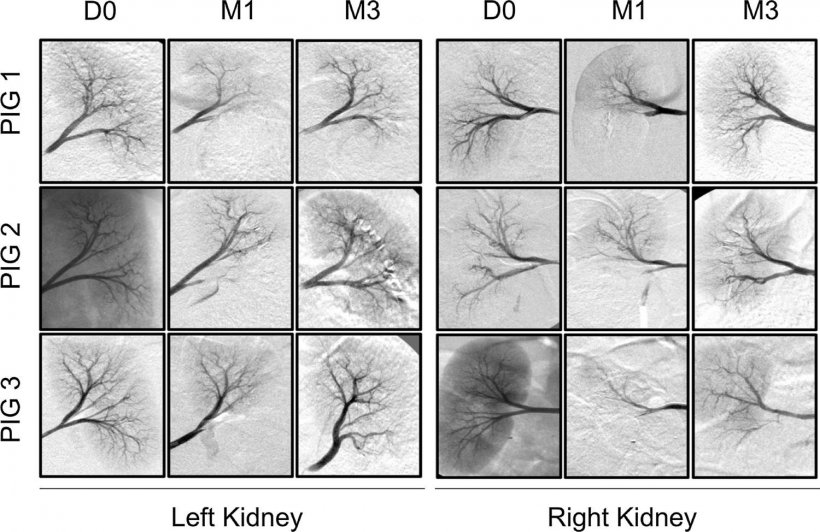 The FAIR-Embo concept comes from Vidal, though he describes a conversation in Alexandria, Egypt, with Jafar Golzarian (University of Minnesota, Minneapolis, USA), a co-convenor of GEST, as catalytic. Allegedly, Golzarian and he were talking of many nations’ inability to afford the cost of materials for interventional radiology procedures. When asked about this conversation, Golzarian says: “We were talking about the cost of stents, and if it would be possible to create cheaper stents for use in countries that do not have much money. With this in mind, Vincent started to think about what we could do for embolization, and then he realised we have these absorbable and permanent suture materials that he could cut and use as an embolic agent. It is very smart.”

Currently, Vidal and his team are working on a second preclinical study. This will also use small fragments of sutures (non-spherical, noncalibrated particles, as in the first preclinical study presented at GEST and published in CVIR), but this time Vidal explains that the aim is to investigate their safety and efficacy when treating benign and malignant tumours. “That means we can have a range of embolizations, which is important”, he states. Vidal hopes to have completed this work and have the results before the end of the year.

The next step will be to run a clinical study, where the feasibility of the FAIR-Embo technique can potentially be demonstrated in humans. Vidal says that, dependent on favourable outcomes in the second preclinical study, he hopes the clinical study can begin at the start of 2020. “We need to move as quickly as possible,” Vidal urges. “My goal is for everyone in the interventional radiology community to play their part; I want to give this idea to everyone. If we get good clinical results next year, I would like to create a foundation to collect money to develop the FAIR-Embo project.” 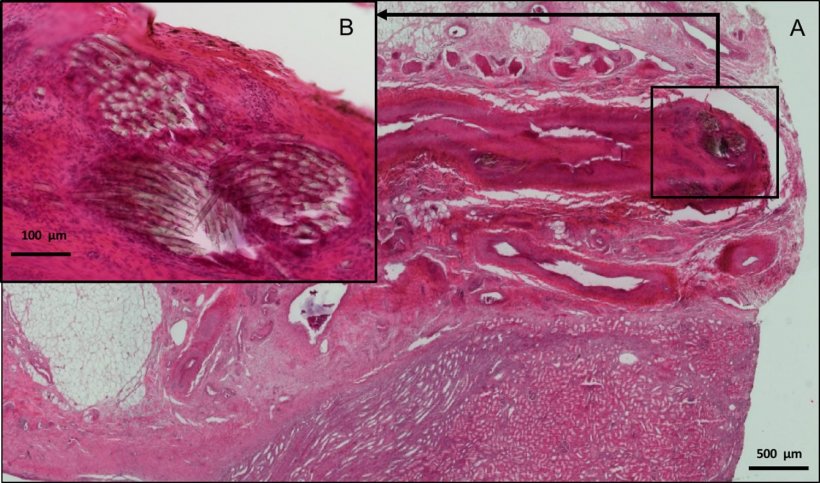 The opportunities this endeavour represents for industry is something emphasised by multiple proponents of the FAIR-Embo initiative. Golzarian said: “This certainly offers an opportunity to developing countries, in terms of physician education and patient outcomes, but also for industry. If these emerging countries start to perform embolizations, they will be able to attract more interventional radiologists, to train a younger group of physicians, and this will help grow interventional radiology and thus the market these companies operate in.” Marc Sapoval (Hôpital Européen Georges-Pompidou, Paris, France), co-convenor of GEST with Golzarian, lent his support to the project, enthusing: “If we could do fibroid embolization like this, it would be amazing”.

There are five big names in ultrasound that sell three out of four systems. Then there is Esaote, the biggest name among hundreds of small companies competing for a place in what is by far the…

The European market for interventional radiology and cardiology is heading towards maturity, especially in Western Europe. Although the economic slowdown and fewer orders had a negative impact on…