As Professor of Orthopaedics & Hand Surgery in the Hand Surgery Department at Strasbourg University Hospitals, he outlines his vision for bringing robotics and microsurgery closer together at the Advances and Controversies in Reconstructive Microsurgery (ACRM) 2016 conference (5-6 May. Norwich, UK). During his presentation ‘New horizons in robotic nerve microsurgery,’ he discusses how the future of peripheral nerve microsurgery should be robotic and bring additional benefits within minimally invasive surgery (MIS).

He also points to RAMSES (Robotic Assisted Microsurgical & Endoscopic Society) – a group of plastic, hand and orthopaedic specialists - which advocates the future benefits of microsurgery being robotic.

A particular aspect of this is the work of plastic surgeon Jesse Selber, who directs clinical research and is an Associate Professor in the Department of Plastic Surgery at the University of Texas MD Anderson Cancer Center in Houston, Texas. A pioneer of robotics use in harvesting flaps, primarily from the latissimus dorsi and the rectus abdominis, to provide substance to cover other injured body regions, at the conference he tackles the subject of simultaneous skull, scalp, kidney, pancreas transplants.

Professor Liverneaux: ‘Usually you have to make very large incisions to harvest these muscles but, with the robot, we can make small incisions. This is important from a cosmetic point of view and patients will be happy with a small incision. A second advantage with small incisions is that patients will have less complications and recover faster, which will be cost effective because they will stay fewer days in hospital.’

A robot improves the surgeons’ skill

As a hand micro-surgeon, Liverneaux finds the advances of robotic control offer particular benefits when patients sustain deep nerve injuries, such as a tear of the brachial plexus nerve network from the neck and shoulder down the arm, or injuries sustained by babies during some difficult births.

He explains that the operation to restore movement by making a nerve graft in the brachial plexus traditionally requires a large incision often of 20-30cm. ‘These incisions are very bad from a cosmetic point of view and for nerve recovery,’ he said. ‘The goal of robotic microsurgery in peripheral nerve surgery is to avoid this large incision.’

While data comparing robotic surgery to conventional techniques remains limited, Liverneaux says common sense suggests it’s preferable to make smaller, rather than larger, incisions. Another area in which robotic surgery has benefits is in the long thoracic nerve responsible for the motion of muscle that gives stability of the scapula. ‘With the robot, incisions are small and precise, fractionally away from the nerve to ensure when we suture we don’t affect the nerve,’ he adds.

Micro-surgeons still often use large incisions to carry out the finely detailed surgery within the body but Liverneaux suggests the robot can conduct this with small incisions and precise instruments within the body. With the robot, instruments can move in three dimensions and have 3-D vision within the body, offering excellent optical magnification – currently one-to-five but potentially one-to-100 in the future – underlining the importance of imaging in robotic microsurgery.

A critical advantage of a robot in microsurgery is the facility of motion scaling and tremor filtration. ‘In microsurgery, because all the tissues that you are dealing with are so small, less than 1mm, if you can increase the scaling of our movement this will increase the surgeon’s precision. Motion scaling is very important for micro-surgeon because it makes the operation easier,’ Liverneaux points out.

‘Motion scaling and tremor filtration are two key features provided by robots compared to conventional human skills. The future of microsurgery is to make the technique easier and what else than a robot can do it.’

Profile:
Professor Philippe Liverneaux has been Professor of Orthopaedics & Hand Surgery in the Hand Surgery Department of Strasbourg University Hospitals since 2006. He is also General Secretary of the French Society for Surgery of the Hand, and Past President of the French Society for Microsurgery and the Robotic Assisted Microsurgery & Endoscopic Surgery Society. His research projects include minimally invasive surgery and nerve transfer and elbow flexion restoration, using robotic techniques. 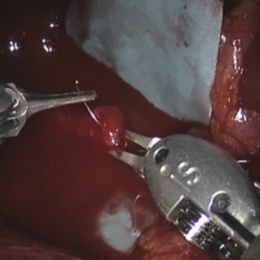 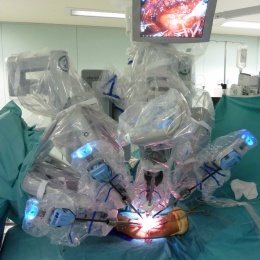 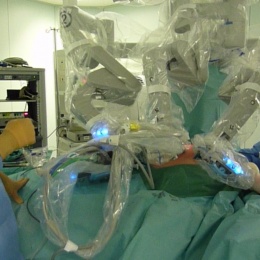 New tools for the OR