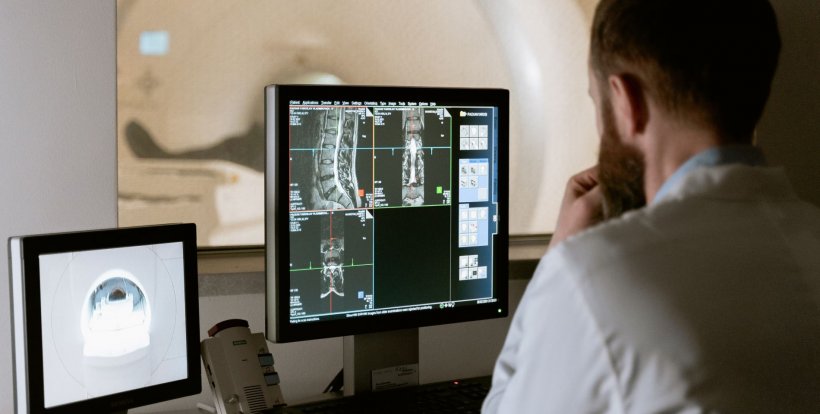 Radiologists looking at CT scans of a patient (symbolic photo)

For this, the European Society of Radiology has been awarded the European Commission Tender ‘European co-ordinated action on improving justification of computed tomography’ (acronym: EU-JUST-CT). The project started on 7 April 2021 and will last until March 2024. The formal kick-off meeting with the European Commission took place on 20 May 2021. The project is led by Prof. Boris Brkljacic (University of Zagreb School of Medicine, HR) and co-led by Ms. Alexandra Karoussou-Schreiner (Ministry of Health, LU).

The significant level of inappropriate use of medical exposures was demonstrated in many studies, including those performed by International Atomic Energy Agency (IAEA) (2009) “Report of a consultation on justification of patient exposures in medical imaging”. In several European countries national audit studies on appropriateness of CT and MRI examinations were performed, with different results, and the ESR is strongly promoting dissemination and use of imaging referral guidelines.

Communicating radiation risks is not only a legal requirement, it is also a moral obligation, asserts Dr Shane J Foley, radiographer and assistant professor at the UCD School of Medicine in Dublin, Ireland. Passing on radiation information has its pitfalls, but several helpful tools can improve communication, some of which the expert highlighted during ECR 2018.

ESR iGuide, ESR’s European evidence-based imaging referral guidelines embedded in a Clinical Decision Support (CDS) environment will be used as the standard against which the CT referrals will be audited during the project. Several successful pilot projects using ESR iGuide in Europe and beyond have already demonstrated significant improvements in appropriateness.

Following the formal kick-off meeting with the European Commission, the concrete next steps of this project will be:

This project is another important milestone for ESR and its collaborative work with other organisations, including its national and subspecialty societies, professional societies of related disciplines, radiation protection regulators, and ministries of health, to promote and enhance compliance with the European Council Directive 2013/59/Euratom – Basic Safety Standards (BSS Directive), and support improvement of justification.

Aquilion ONE next generation from Toshiba

The ‘world’s best scanner’ just got even better. While Toshiba Medical Systems’ Aquilion ONE has impressed radiologists in recent years further enhancements and technical innovations have…