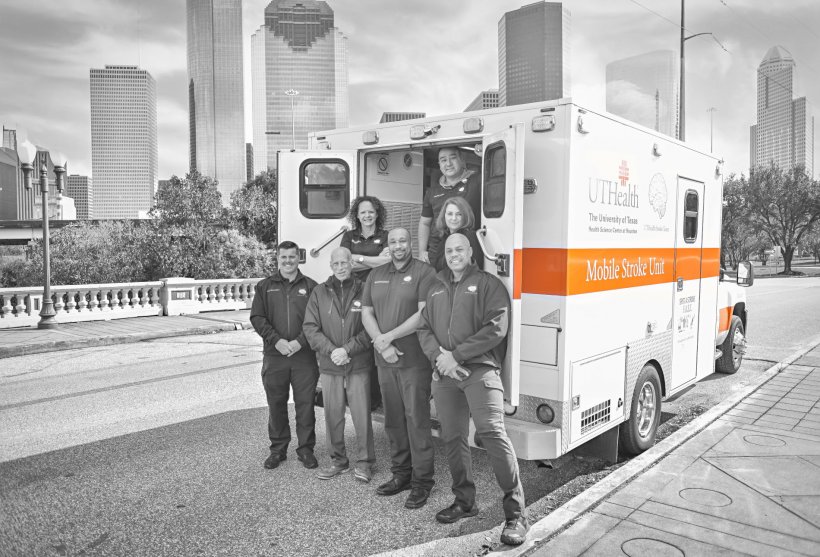 CT imaging to rule out intracranial haemorrhage is essential to determine if this treatment is appropriate. In 2003, Professor Klaus Fassbender MD, director of the Neurology Clinic at Saarland University Hospital in Homburg, Germany, proposed the idea of expediting CT imaging by bringing a CT scanner to the stroke victim in a specially configured ‘stroke ambulance’. His idea to shift acute stroke examination, including brain imaging, to a prehospital setting became reality with the 2008 launch of the world’s first mobile stroke unit (MSU) at his hospital, which serves mixed urban and rural communities in a 20 km radius.

‘A stroke centre on wheels’

James C Grotta MD, director of the Houston Mobile Stroke Unity Consortium, called MSUs ‘a stroke centre on wheels’. Grotta reported that 53% of patients treated by a MSU in his study made a complete recovery, compared to 43% who were not treated on a MSU. Memorial Hermann Health System is sponsoring an ongoing randomised interventional clinical trial, the BEST-MSU Study, which began August 2014 with an estimated enrolment of 1,038 patients.

The completed study will provide data on outcomes and cost of MSUs compared to standard ambulances, and will help determine the value of integrating MSUs into hospital stroke programs in the USA. ‘This study will provide critical information that will be needed to determine if and how a subsequent more definitive study should be conducted. It is a necessary first step in a process which may dramatically modify the way that acute stroke patients are managed in the United States,’ Grotta pointed out.

Currently, there are fewer than 30 MSU programs in operation in the USA. Major roadblocks to implementation include cost, staffing, and being able to identify individuals who have had a stroke by emergency telephone call dispatchers.

A number of clinical trials have been conducted in Europe, all of which produced data supporting the benefits of MSUs to stroke victims. A randomised clinical trial performed in Homburg between 2008 and 2001 showed that MSU-based stroke management significantly reduced time to treatment from 153 minutes for ischemic stroke patients receiving standard care to 72 minutes with a MSU. Nearly 60% of patients in a MSU had therapy decisions for or against thromboysis based on diagnostic work-up, including laboratory and imaging studies, made within 60 minutes, compared to only 4% who received standard care.

A newly published study in the Journal of the American Medical Association (JAMA) conducted in Berlin between February 2017 to November 2019 also produced impressive results, with stroke victims who received MSU care having less disability after 90 days. The objective of this nonrandomized controlled intervention study of 1,543 patients was to evaluate the functional outcomes at three months among patients with acute ischemic stroke who received pre-hospital care by a conventional ambulance or by a MSU.

Heinrich J Audebert MD, of the Centre for Stroke Research Berlin, Charité-Universitätsmedizin Berlin, and co-researchers, reported that 80.3% of MSU-dispatched patients had none-to-moderate disability at 90 days compared to 78.0% of the conventional ambulance-dispatched group, 12.6% compared to 13.3% had severe disability, and 7.1% compared to 8.8% died.

Erik Freitag, MD, and colleagues at the Klinik und Hochschulambulanz für Neurologie, Charité–Universitätsmedizin Berlin, provides useful recommendations in a newly published article in Stroke. ‘How to set up a successfully running mobile stroke unit program’. In addition to technical, staffing, and logistical requirements, they discuss if an MSU program makes sense in the area a hospital serves. ‘We estimate a one million people catchment area to be a proper population covered by one MSU,’ they advise. ‘In health systems with hospitals competing for stroke cases, it’s vital to start with intensive communications. MSU services can work smoothly if they are operated in close collaboration with the dispatch centre and EMS.’ Allies, such as politicians, will be needed to support the system if it is to be paid by public funds. Legal issues also need to be investigated in advance. ‘Organising an MSU service is not an easy task,’ Freitag observes. ‘But enjoy the pleasure of thrombolysing patients in the “Golden Hour” of stroke, with many patients experiencing rapid recovery.’

News • 'Meteorite impact in the brain'

When every minute counts: A Swiss team is currently developing a diagnostic procedure that can be used to start a tailored therapy for acute stroke in a timely manner.

Engineers at the Massachusetts Institute of Technology (MIT) have developed a telerobotic system to help surgeons quickly and remotely treat patients experiencing a stroke or aneurysm.

Thanks to extended permissions obtained from the Civil Aviation Authority (CAA) in Sweden, autonomous drone company Everdrone will soon provide 200,000 people in Sweden with access to emergency… 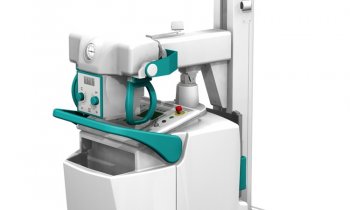