The first OLA2500 at Laborärzte Sindelfingen was used by both its laboratories. ‘Our intention was to make work procedures for distribution and sub-distribution of samples more efficient, as well as to address other important points: the traceability of the samples, a reduction in sample mix-ups, and more economical handling of materials,’ explained Dr Goes. ‘So, it was clear that the OLA had to distribute and sub-divide the samples in the specialist medical laboratories area in accordance with the laboratory’s work procedures. This was realised from the time the OLA began operating routinely, having fully taken over this task from the sample distributor.’
Distribution is now noticeably quiet, he pointed out, largely because only one or two people are in the area, to look after the OLA. ‘Medically trained assistants (MTAs) from the individual departments only come in to fetch their respective samples,’ he explained. ‘Overall, the issuing of samples now flows very evenly; at the sub-division stage all workplaces receive exactly the required quantity of serum in a clearly identified subsidiary container. The probability of the material sent out proving insufficient is now far less. Mix-ups between samples due to wrong distribution and sub-division have been practically eliminated: problem cases, such as original containers with very little material, are detected by the OLA and sent to the defectives rack. These samples can then be distributed, on an exceptional basis, by a member of staff. Furthermore, central archiving via the OLA, be it directly during the sample distribution or after the return of the original containers from the analysis stations, ensures that, in the event of supplementary work or checks, samples can be found far quicker and with far less effort.
What effects has the system had on the staff and costs? ‘The sample distribution systems have brought a perceptible reduction in staff work-load in the sample distribution area, especially on the MTAs from the individual departments, who used to help out at peak loading times, but are no longer needed for this. In addition, new tasks, such as the archiving of samples, have been transferred to the distribution area.
‘The costs that arose from investment in automation are being paid back by the use of staff for other tasks and also by redirecting the time previously needed for pre-analytical work into proper analysis work. I’m thinking not so much of the simple, heavily automated part of clinical chemistry, but of the labour-intensive field of special analysis, for which, until now, automation has been less applicable. Finally the installation of the two OLAs has certainly paid for itself; both the capital investment costs and the running costs are covered, on the one hand by the reduction in staff in sample distribution, and on the other by the extension in the analysis spectrum.
Asked whether the systems’ speed is enough, even at peak loading times, Dr Goes gave an “unqualified yes”. ‘Thanks to the consistent distribution and sub-division of samples on the machine, the analytical equipment can be loaded with new samples regularly and above all at the right time. In particular, the much-feared event of running out of materials during a series of analyses does not occur, or more precisely, does not recur. Certainly, an experienced staff member can perform the relatively uncomplicated distribution for a laboratory association more quickly to two or three workplaces, but then that person is unavailable for other duties.
What might he advise other laboratories wanting to install an automation system? There is no general formula; conditions in individual laboratories are too diverse, he said, but did suggest some important questions to pose:
• Can the working procedures in distribution and the laboratory be modelled on the sample distribution system without great difficulties?
• How does the system handle differing types of tubes; is any pre-¬sorting necessary, or can the tubes be loaded directly into the sample distributor as they are received?
• Is it absolutely necessary to incorporate a centrifuge - the step that determines the distribution speed - in the system, or should one manually place the tubes in the sample distributor after they have been centrifuged?
• Can system changes in the sample distribution be modelled quickly and easily, ideally directly by the user, on the machine?
• Is it possible to place rack systems from various analysis systems in the sample distribution output drawers? Can changes be made at a later time without major problems?
• How easy is it to create a functionally capable and efficient link to the laboratory information system (LIS)?
• Is the sample throughput enough to ensure sufficiently quick availability of the distributed and sub-divided samples at the individual workplaces?
‘I can only add that you should convince yourself of the functionality of a system in real-time operation,’ Dr Goes pointed out. ‘A visit to a laboratory similar in structure and throughput to your own, will certainly lead to tips and starting points for implementing automated sample distribution.’
* In Germany, laboratory associations are sub-contracted units that carry out tests for medical practitioners and receive reimbursements from the statutory or private health insurers.

Product of the Month

Make Your Application Digital – with the EP50 Stand-alone Network Camera

Bring your application into the digital world and combine the new Olympus EP50 camera with our wide range of microscopes. Add the accesoires you need and choose the kit that fits your requirements.…

Product of the month

Accelerate your workflow with the intelligent, high-resolution DP74 brightfield and fluorescence camera from Olympus. Histologists and pathologists face intense, rushed workloads where every minute…

Product of the month

Let your images tell the story with Olympus’ high-quality digital color cameras for microscopy in hospitals. With crisp, noise-free images and 4K UHD live viewing, the Olympus UC90 and SC180… 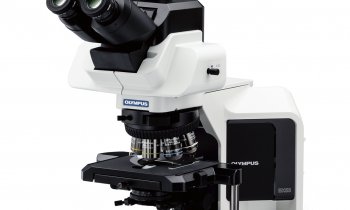