The organiser, Professor Hedvig Hricak, invited top-class participants to speak about the gender gap – and not only women could learn a lot from the contributions made.

Whoever says that a woman has to put her career before her family, or the other way around? Everybody has to go their own way – and this must be respected

‘Taking on a leadership position is always quite a decision,’ Professor Hedvig Hricak underlined. This applies to both genders – so why is it so much rarer to see a woman at the top? Inherent physical and even psychological differences affecting women were discussed but quickly discounted as untenable. A more likely reason could be that women often hesitate rather than take the initiative. ‘Nobody can read your thoughts. Always communicate your views and ideas openly, otherwise you will not achieve your goals.’ The ability to see a counterpart’s perspective is just as important. ‘Whoever says that a woman has to put her career before her family, or the other way around? Everybody has to go their own way – and this must be respected.’

Proof that his advice actually works was delivered by Cally Palmer, National Cancer Director and one of the top post holders in the British (NHS). ‘Resilience is essential, especially around fundamental principles,’ Palmer underlined. ‘But, it’s just as important to know when you have to be flexible and to make concessions if you want to reach your goals.’ Those who will not stand in their own way through either a lack of self-confidence, or an inflated ego, can likely hold their own at the top – no matter whether male or female. 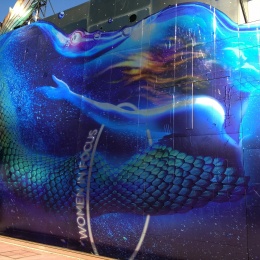 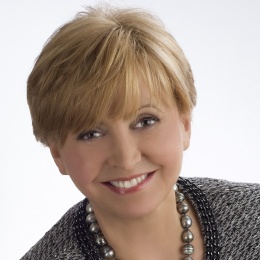 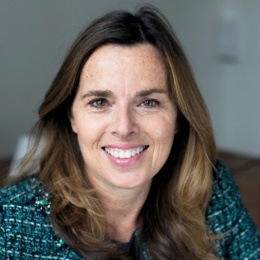 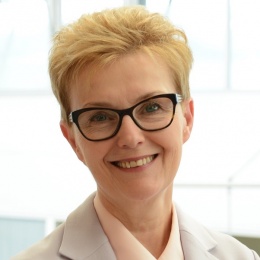 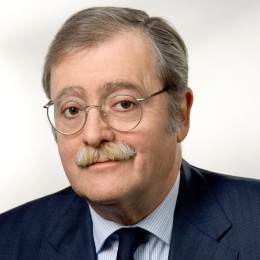 Success through empathy, not aggression

This was also confirmed by Catherine Estrampes, president and CEO of GE Healthcare in Europe, who spoke of success in the business world. ‘In the course of my career,’ she said, ‘I’ve seen many women in leading positions who behave in a stereotypically male manner: they are pointedly aggressive and happy to take risks because they believe this is the only way to succeed. But that’s not true. One of the most important abilities is to look after and care for others – often described as a “feminine” trait. But we all have this ability – not only women.’

Congress president Professor Lorenzo Derchi was optimistic about the future of women in radiology, and said, in self-mockery: ‘Today, leading positions are mostly held by old men like me. But this culture of male prevalence is already being shaken up, and in a few years’ time many of these roles will be filled by women. Radiology can only benefit from the end of this inequality.’

'Lead from the front'

From clinician to hospital medical director

Making the transition from clinician to a senior hospital management role can prove challenging. Professor Erika Denton did it – whilst also retaining some clinical responsibilities. A radiology…

A German or Swiss paradise?

The current political framework changes healthcare structures and competitive dynamics for medical services providers. These issues were raised at the 11th Management and Strategy Congress MARA…

ECR 2015 evoked Shakespeare´s repertoire as delegates were asked to ponder the ethical implications of incidental findings in large population imaging studies in Vienna.