According to the Organ Procurement and Transplantation Network (OPTN), so far this year, 6,099 kidneys have been donated in the United States. Of these, living donors provided 2,223 kidneys, with the remaining 3,876 having been collected from deceased donors. The OPTN's data also show that, as of the beginning of July 2017, 97,297 patients are awaiting a kidney transplant. The mean waiting time for patients on the waiting list is around 3.6 years, according to data provided by the National Kidney Foundation. This means that around 13 people die each day without having received their kidney transplant.

In a recent study published in the journal Transplantation, Darren E. Stewart, of the United Network for Organ Sharing in Richmond, VA, and colleagues showed that the number of discarded donor kidneys has increased by over 14 percent between 1988 and 2009. At present, almost 20 percent of donated kidneys are disposed of. When comparing the number of donated and discarded kidneys with that of the patients placed on the waiting list for transplantation, it becomes apparent that there is a severe shortage of organs.

High discard rates could be avoided

Dr. Sumit Mohan - of the Columbia University College of Physicians and Surgeons and New York Presbyterian Hospital, both in New York City, NY - and colleagues recently conducted a study on donated kidneys. Dr. Mohan and colleagues worked with a sample of 975 kidneys, of which 427 came from living donors and 548 came from deceased donors. The researchers note that the main reason for discarding donated organs in the U.S. is poor biopsy results. Their study analyzed the importance of these outcomes, considering whether, and to what extent, they influence the effectiveness of transplantations. According to the data they collected throughout their study, it seems that the high discard rate of donated kidneys is unnecessary. In the case of kidneys provided by living donors, it was found that biopsy results did not significantly affect patients' health outcomes after transplantation. This might mean that most cases of discarded kidneys from living donors could be avoided in the future.

The study also suggests that even kidneys that showed poor biopsy results, and which were collected from deceased donors, were more efficient in prolonging life expectancy than dialysis. The results indicated that even kidneys with the worst biopsy results could add an additional 5 years to a patient's life. "[...] seventy-three percent of deceased donor kidneys with suboptimal biopsy results were still functioning at 5 years, suggesting that discards based on biopsy findings may be inappropriate and merits further study."

The first investigational transplantation of a genetically engineered, nonhuman kidney to a human body was recently completed at NYU Langone Health—marking a major step forward in potentially…

New research indicates that subtle structural features of donated kidneys from living donors may predict the risk of kidney transplant failure in recipients. The findings, which appear in an upcoming…

Suitable transplant kidneys may be lost due to flawed testing

New research indicates that many kidneys obtained for transplantation from deceased donors are not being used because of biopsy findings despite their unreliability and reproducibility. The findings,… 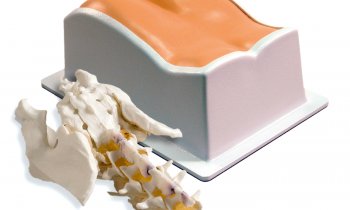