The Brexit debate has left more than just a few scratches on the iconic Union Jack.

As a group, they are predominantly left-wing and liberal-minded. But high earners tend to lean more to the right of the political spectrum, while surgeons are twice as likely as other specialties to express right-wing views, the responses show.

Against a backdrop of major upheavals in health and social care as well as the political landscape in the UK, the researchers wanted to find out about the political beliefs and voting behaviours of this publicly trusted and highly influential group of professionals. To reach as representative a sample of the UK medical workforce as possible, the researchers collaborated with the online professional network, Doctors.net.uk, and validated proportionality of respondents against records from the professional regulator, the General Medical Council. Those logging on to their Doctors.net accounts were directed to the survey link, which was open for a week following the 2017 UK general election. This link was also sent to a wide range of specialty associations and relevant Facebook groups.

Brexit: Uncertainty in every question

The British decision to leave the European Union was and still is constantly discussed. Thinking about the consequences leaves more open questions than answers.

In all, 1172 respondents, representing 0.4 percent of the 282,304 doctors licensed to practice in the UK in 2016, were included in the final analysis. Nearly half (45%) were women. Most respondents had qualified in the UK, lived in England, and worked in the NHS. One in three (36%) was a consultant; around one in five was a GP. Just under 30 percent were junior doctors. When respondents rated their political beliefs on a scale of 0 (extremely left wing) to 10 (extremely right wing), the average score was 4. But the higher the income bracket, the more likely was the respondent to lean to the right.

Surgeons were twice as likely to register a right wing score, while psychiatrists and public health doctors were half as likely to do so. And junior doctors at specialty training entry level (ST3) and above were less likely to express right wing views relative to all other grades. Nearly two thirds (just over 62%) of respondents described themselves as liberal while nearly one in four (23.6%) said they were conservative. There was a shift to the left between the 2015 and 2017 elections, with the proportion of doctors voting Labour rising from just over 29 percent to just over 46 percent, while the proportion voting Conservative fell from just over 26 percent to just under 20 percent. Among those who were ineligible/unable to vote in 2017, nearly a third (just under 30%) said they would have opted for a Labour candidate. Voter turnout among doctors for both elections was significantly higher than among the electorate. 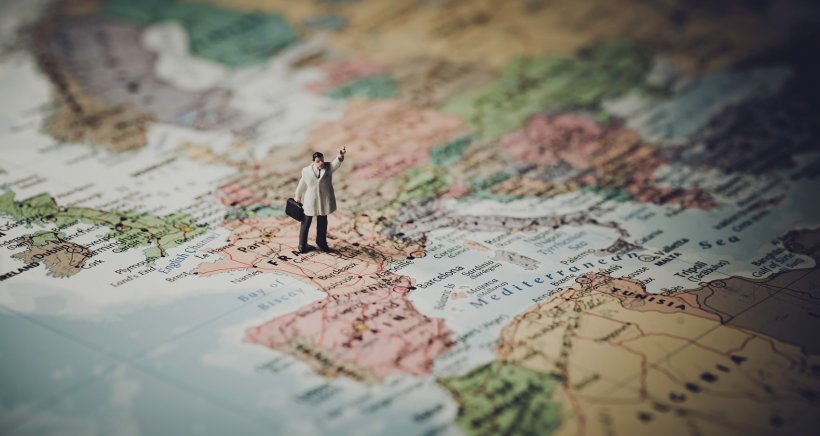 London calling: Almost eight out of ten UK doctors voted to remain in the European Union.

Doctors overwhelmingly backed staying in the EU, with nearly eight out of 10 voting to remain in the 2016 referendum. Among those ineligible/unable to vote, more than 85 percent said they would have voted to remain in the bloc. Only 2 percent of respondents didn’t vote compared with nearly 28 percent of the electorate. Virtually all respondents agreed that EU nationals working in the NHS should be allowed to stay in the UK after Brexit. And most thought Brexit would be very bad for the NHS, irrespective of grade, income, or specialty, giving it an average score of 2 on a 0 (worst outcome) to 10 (best) scale. Nearly 83 percent scored it below 5. In terms of their views on health policy, most backed minimum unit pricing for alcohol (74%); charging patients not eligible for NHS treatment for non-urgent care (71%); and protected funding for the NHS (87%). And two thirds (just under 66%) thought there was too much private sector care funded by the NHS: only surgeons were half as likely to agree.

This is the first large scale study look at the political opinions of UK doctors, say the authors, but they acknowledge that despite their best efforts, the sample may not be fully representative, so should be taken as an indication only of the views of the UK medical workforce. “Further work is essential to obtain a better understanding of UK doctors’ political identities, particularly the economic and societal differences,” write the authors. “This is important as the political ideology of doctors has been shown to influence clinical decisions on contentious issues in other contexts,” they conclude.

Healthcare cybersecurity in the EU and US: a technical, regulatory or political issue?

The pandemic has put a spotlight on the increasing role of cyberattacks and weaknesses in healthcare. In healthcare as in other industries, cybercrime does not stop at national borders. With this…