In digital photography and radiography alike, automated algorithms aim to improve image quality - but the results are not always perfect, so photographers (and radiographers) need to take precautions. Needless to say, this goes double when ionizing radiation is involved.

In today’s digital world, basic functions once performed by the operator are now pre-programmed. This is also true for the digital processing of X-ray images. But every once in a while, an image is too light or too dark, blurry or just plain no good. But why did it fail? Put simply, the software is only as good as the information it is given.

There’s a misconception that when moving from a film-based X-ray system to a digital system, image processing will make all medical images great. Just like using a smartphone camera, image processing algorithms can compensate imperfections, but only to a certain degree. Except with X-ray imaging, a person is exposed to ionizing radiation. Taking another image has medical consequences for the patient.

To ensure that images are of optimal quality, radiographers do well to remember these three image capture basics: positioning, technique and collimation. When these elements are satisfied, chances are optimal for consistent, beautiful images, whether they are captured on film, computed radiography (CR) or digital radiography (DR). These are the imaging basics for radiology technologists, and they work in conjunction with each other. Let’s look at each one in more detail.

Positioning is the most important of the three. It’s estimated that 85% of all repeat images are due to positioning errors. Most modern X-ray systems come equipped with automatic exposure controls, also known as AECs or AEDs. They are also sometimes referred to as phototiming. These devices are ionization chambers that measure a preset quantity of radiation and break the timing circuit when a dose sufficient to produce the desired film density has been reached. When using an AEC, it’s critical that the location of the ionization chamber be determined and the precise positioning of tissue over that location be achieved. Automatic exposure devices provide a diagnostic quality density only for structures positioned directly above the ionization chambers.

The function of the AEC is to eliminate the need for radiographers to set an exposure time. However, they must still manually set the mA and kVp. Failure to position properly over the AEC has a big impact on exposure technique, which we’ll discuss next. And failure to position correctly over the AEC will cause the exposure to terminate prematurely, producing an image that’s underexposed, with poor image quality. This is likely to require a retake, increasing the radiation dose to the patient.

Technique, for the purposes of this article, refers to the exposure factors of kVp, mA and mAs. Think of technique as light in a film camera. If a picture is taken in low light, there’s not enough light to expose the film and the image is underexposed. If exposed to bright light, the image is overexposed.

The same is true in film radiography. If the exposure techniques are too low, the film is underexposed. If they’re too high, the film will be overexposed. But this is not necessarily the case with digital imaging such as CR and DR. In digital imaging, the film density will remain the same, regardless of the exposure techniques, but the amount of image noise will increase or decrease, depending on the exposure techniques. Image noise presents with a mottled appearance on the film, like it was sprinkled with salt and pepper. This mottling, caused by underexposure of the image, decreases the amount of detail that can be seen in an image and may result in a misdiagnosis.

Collimation or beam-limiting devices, are used to decrease the amount of unnecessary scatter radiation to the patient. By decreasing scatter radiation, detail and contrast in the image are increased. Many modern imaging systems come equipped with automatic collimation, in which the system senses the size of the receptor being used and collimates to its outer edges. This may be acceptable when imaging a hand on an 18 x 24 cm cassette, which will fill the entire field. However, when using a larger cassette, this leaves areas of unattenuated beam, which promotes scatter production and decreased contrast in the image. The recommendation is always to collimate close to the skin line of the patient, whenever possible. When using digital imaging equipment, it will also help the image processing software better identify the correct region of interest for optimal image processing.

Keep in mind that CR and DR receptors are more sensitive to scatter radiation than film/screen cassettes. About 50 to 90 percent of a radiograph’s density may result from scattered radiation, so that restriction of the primary beam requires an increase in exposure to compensate for the loss of density. Radiographers need to be aware of the effects that scatter radiation will have on image quality, and collimate appropriately to reduce these effects.

These are the fundamental image capture basics for radiology technologists to help achieve high-quality, consistent imaging. Radiographers who understand and routinely apply these principles are vital to the success of any imaging facility.

Modern imaging equipment has revolutionized the industry by performing many of these functions automatically, but radiographers must understand these principles, and adjust or override the features to ensure correct operation and reduce unnecessary exposure to patients. Getting back to the basics can save time and aggravation by reducing repeat images. It can save money, and most importantly, it will contribute to improved patient care. 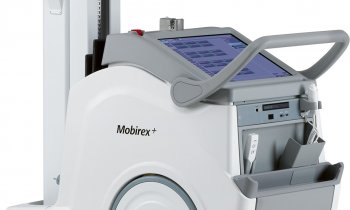