To reach that goal, medical economist Professor Rainer Riedel, director of the Medical Economics programme at the University of Applied Sciences (RFH), Cologne, and a member of the MEDICA MEDIA advisory board, said: ‘We need to combine treatment data from in- and out-patient departments. We’re just starting out. In some cases, telemedicine can enable office-based physicians to have their patients admitted to hospital less often’, which, of course, would help reduce costs in individual cases. However, the goal can only be reached through appropriate analysis carried out as part of healthcare management research.
At the event, the CorBene project is being discussed. In this, telemedicine is an integral part of optimised treatment schedules, and imaging procedures such as cardiac MRI and cardiac CT are also involved, as are potential telemedicine aids such as the ‘Herz-Handy’ cardiogram device. Participants include office-based physicians, out-patient cardiologists, the Porz am Rhein Hospital and other NYHA Class III heart failure, cardiac and rehabilitation centres.
Telemedicine may also improve monitoring of disorders such as sleep apnoea. Professor Helmut Teschler, President of the German Society for Pneumology and Respiratory Medicine, will give a presentation on how this kind of monitoring works.
Overall, the Media event is for healthcare providers, who are increasingly involved in e-health, telemedicine and medical IT. Prof. Otto Rienhoff, of the Medical IT department, Georg-August-University Hospital, Göttingen, favours telemedicine and warns that doctors who do not have this advantage will ‘lag behind the competition’. Healthcare professionals, he said, are understandably suffering acceptance problems, because they began from an ‘unfavourable starting point’. However, he believes that practitioners will help to shape this process because they either will acknowledge that the profession and roles will become either threatened or positively remodelled by IT.
To grasp the future don’t miss Medica Media today.

Improving the quality of healthcare, increasing the efficiency of the systems and ensuring patient empowerment - these are common goals worldwide when discussing the necessary transformation of…

The 3-day Med-e-Tel congress on e-Health, telemedicine and health ICT, drew over 300 international participants this April, when the organiser, International Society for Telemedicine & eHealth… 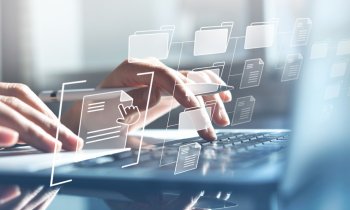