Since the faulty PIP breast implants scandal in France (March 2010), there have been frequent calls for tighter licensing regulations for medical devices within the European Union. The new Medical Devices Regulation (MDR) took effect on 25th May 2017. Following a three-year transition period, from 26th May 2020 this will become mandatory in all EU member states. The new regulation is creating big problems for regulatory authorities and particularly for small and medium size manufacturers of medical products. Therefore, engineer Christoph R. Manegold, Partner at AC Controls in Germany’s Lower Rhine area, and an initiator of the federal network MDR Competence*, is calling for greater common sense in the implementation of this new regulation, and particularly for longer transition periods to master the challenge.

‘Small and medium size companies are naturally more nervous than global players, which have had their relevant departments preparing for this for a while. For small and medium size businesses the MDR is difficult for two reasons. Licensing requirements for new products will be significantly increased as documenting the clinical effectiveness of products will become more complex,’ the chartered engineer explains.

Previously, the main issue around the licensing of medical devices was patient safety. There were many norms so that patients, users and third parties were not exposed to any harm. The question as to whether a product works as described was clearly given lower priority, depending on the level of risk involved. Where previously it was possible to cover the proof of benefit with simulations or written documentation, clinical studies are now required. ‘What we used to refer to as risk management,’ Manegold explains, ‘initially only relating to the device, then as risk management for the product life cycle (Norm DIN EN ISO 14971), and what mainly related to technical safety, will now have to be extended with studies to cover clinical data collection on product effectivity, and not only when the product first becomes licensed but continuously.’ However, small-and medium sized companies, which have an 80% market share in Germany, are not prepared for this.

Additional costs will run to around 10-15% for medical devices

The second hurdle manufacturers face is that this will also apply to older devices that have proved their value already. ‘This is the biggest problem, and in my view an unjustified imposition,’ Manegold laments. ‘Clinical data may have to be supplied even for devices which have never been involved in any incidents. And if the manufacturers cannot do this according to MEDDEV 2.7.1 via documentation only, which is what many will try to do, then in a worst case scenario the legislator is forcing them to carry out studies for a device which has been around for several decades.’

Manufacturers don’t have the staff for this and no experience, and the authorities do not have the resources to scrutinise and monitor all these studies simultaneously, not even to mention the additional costs involved which have not really been mentioned so far. These will have to be added to the sales price. Manegold estimates that ‘the healthcare system will be put under additional financial strain after the end of the transition period; these additional costs will run to around 10-15% for medical devices, dependent on risk category and quantity.’ Medical disposables will be less affected than, say, a diagnosis system only used 100 times a year.

The situation is aggravated because the fourth revision of the MEDDEV 2.7.1. has been tightened. It stipulates much more intensive work and redefines equivalence criteria. If there is no system on sale that is 100% equivalent for the intended use, settings and diagnostic possibilities then documentation via literature only is not possible. ‘You can then only compare apples to apples. In the past, the interpretation of this guideline was a little more practical. For instance, several devices could be compared, but in future manufacturers can only compare their products with devices they already have on the market – because what manufacturer would be happy for the competition to gain access to technical documentation and updates? The legislator has devised something knowing that it is not practicable, which means manufacturers will have to deliver clinical studies to obtain regulatory certification.

Manegold criticises the MDR for not picking up real problems. Most incident reports relate to user errors – unlikely to stop even with the new regulation. Take ten ventilators – no two of them will be exactly the same. Unlike the cars that can work in the same way globally, medical devices do not have the same level of assurance. ‘The new regulation now proposes licensing procedures similar to those in the pharmaceuticals industry, but this will not lead to more user safety,’ Manegold is certain. 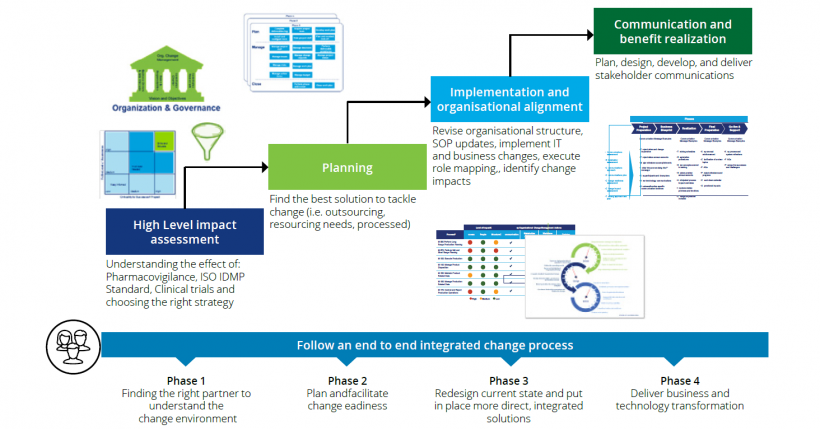 The problem with the notified bodies

A further problem is that the MDR 2017 has not only increased requirements for manufacturers but also for the regulatory authorities. The MDR also has applied to the regulatory authorities and notified bodies since 26th November 2017. It contains a re-accreditation of all notified bodies with joint assessments for initial designation, extensions and expansions of the scope, and this is likely to take around 18 months. Therefore, manufacturers will only know in 2019 if the authority previously responsible for them and their products will continue to be so. The number of notified bodies is likely to reduce further, and probably their respective scope will be reduced; already they are hardly taking on any new customers. The regulatory authorities are also desperately looking for qualified staff to implement the new regulations.

As the ‘rescue parachute’ for small and medium size medical devices manufacturers (SMU’s) demanded by the German Medical Technology Association (BVMed) is unlikely to materialise, the affected manufacturers will need to act and be creative themselves. Manegold does not foresee the demise of small and medium size manufacturers across Europe but new fusions and increasing mergers & acquisitions activities. To avoid being swallowed by a bigger player, the smaller specialist firms with similar products should cooperate in networks. Manegold: ‘The issue is not to fight about each other’s intellectual property but e.g. to jointly finance a physician to carry out studies for instance. Just like car sharing they could pool resources, achieving significant cost savings and remaining profitable.'

Overall, Manegold and colleagues are disappointed: the MDR is a half-baked text in a half-baked environment, which leaves a lot of room for interpretation. The attempt to harmonise notified bodies was not achieved. Therefore, their demand is: ‘The MDR must be revised using common sense, the transitional periods must be extended and products already on the market need to be evaluated in a different way to how currently stipulated in the MDR. In particular, low risk devices for which no incidents have ever been reported should have their status quo protected in the same way as is handled in the USA, and resources such as the Eudamed Database should also be ready for the new regulation implementation – which is currently unlikely to happen.’

Biomedical engineer Christoph R Manegold also gained an MSc at the European Business School. He began his career as a development engineer and later became technical manager for the Heyer Group in Bad Ems, Germany. In 1995 he founded MT-Consult to develop technologies for life-supporting systems in anaesthetics and ventilation. From 2006-2012 he worked for Pulsion Medical Systems AG in Munich, as development manager and later as CTO, driving company expansion internationally. In 2010 he became the main shareholder of AC Aircontrols and, in 2012 a shareholder in Nano4imaging GmbH.

COCIR concerns in the event of a no-deal Brexit

COCIR, the European Coordination Committee of the Radiological, Electromedical and Healthcare IT Industry, published an open letter to the European Commission & National Competent Authorities for…

Track and Trace technology and serialisation