Moving abroad to work remains a key challenge in medical doctor’s lives. The EU ‘free movement’ directive has meant that professionals have very considerable liberty to take their skills across borders. However, many details remain in the small print. Not all degrees and qualifications are universally recognised. This is largely a reflection of different regulations governing postgraduate education in different countries. Not surprising, and more important perhaps, attitudes and working practices also differ internationally. Using Germany and the UK as an example, I will highlight the key facts and considerations of a move abroad.

The scale of the problem hit me when I picked up the Dictaphone to report on a CT brain scan for the first time. The patient had been referred from an out-patient clinic and the examination revealed no significant pathology. I was then expected to write a brief provisional report, pick up the hard copy from the printer, put both report and film into the X-ray envelope, and hand it to the patient, waiting outside. A telephone call had been sufficient to arrange the appointment, the patient had not waited and walked across from the clinic unaided. This could not possibly have happened in the UK. German radiology provides everything for everybody instantly.

There is a triangle of interconnected issues that characterises the main considerations of a move abroad: structures, working practices and attitudes. Following several years at senior house officer level, UK radiologists receive five years of structured so-called higher professional training before board examination and certification. A re-validation process aims to ensure that the consultant-led service performs to a high and consistent standard. Essentially, all UK radiologists are hospital-based. By contrast, German radiologists do not undergo a general professional training but enter specialist training directly. Trainees keep a log book of investigations and procedures performed. Regional chambers of physicians govern approval of posts, as well as the content of the curriculum for specialist training and the oral examination at the end of training. Approximately two-thirds of German radiologists then work in office-based practices.

Apart from training issues, a basic understanding of the fibre of a service may be derived from simple numbers: In manpower terms, an estimated 28 radiologists per million of the UK population compare unfavourably to a ratio of 50/million in Germany. However, the workload also differs, with around 0.5 examinations per head population p.a. in the UK and >1.5 in Germany. The workload of a UK radiologist may thus be as much as 19,000 examinations annually. Nonetheless, a first look at these figures may give a false impression, since Germany has its particular variety of skill mix: 70% of imaging, largely ultrasound, is carried out by non-radiologists. Such resource considerations are not entirely trivial but have important clinical and health economical implications. For example, a recent audit by the UK National Audit Office found that, in 2004, ‘most patients with a suspected stroke waited more than two days for a CT brain scan’ when this should be performed within three hours. Long ago, Wardlaw had called for efforts to be put into ‘delivering basic but effective imaging in the assessment of acute stroke’. An in part under-funded National Health Service (NHS) is cannot deliver the basics of its own guidelines, recently adopted for Europe as a whole. By contrast, stroke units in Germany cannot achieve certification status unless on-site diffusion and perfusion-weighted MRI is available at all hours. The other side of the coin is that a recent survey in Germany revealed that 20% of patients believe that they have had an unnecessary (due to the short interval repetition) diagnostic test. EU-guidelines, derived from UK practice and aiming to uniform referral criteria throughout the Community, have not had a significant impact on German radiology practice so far. In fact, their existence is largely unknown. This is symptomatic for a health service that retains a certain element of hierarchy. Equally, the whole issue of clinical governance and revalidation through benchmarking, audit and continuous medical education currently lacks foundation in German practice.

Pay and working hours - In the UK, the European Working Time Directive allows for a gradual, i.e. phased-in, maximum hours requirement, reducing from 58 hours weekly in 2004 to 48 in 2009. By contrast, in German hospitals ‘medical staff worked more than Ä2 billion-worth of unpaid overtime’ last year. A 2004 review of physicians’ earnings, across Europe, revealed that the highest average earnings estimates between Germany and the UK differ by as much as 2.2-fold, with German doctors being the lowest paid in Europe, rising to 3.6-fold for the lowest paid. Working hours, salaries and communication between colleagues are the main motivations indicated by German doctors moving abroad. At present, there are already 4,127 German doctors registered with the UK’s General Medical Council.

At the interface of these structures, working practices and attitudes lie conceptual differences in the provision of radiological services. Comparing hospital-based practice, German radiologists largely fulfil a diagnostic role, whilst their UK counterparts have a wider self-conception, a notion reflected in the different terms for their specialist qualifications. Furthermore, with many German medical disciplines having acquired skills to provide imaging support, the desire to make any test available to everyone, instantly, has considerable resource implications that require the willingness of the general public to pay for it. Finally, hierarchy and its presumed proponent, the all-powerful head of department, are at times in conflict with evidence-based work practices that favour the independent consultant.

Healthcare provision is structurally different in the UK and Germany. Radiologists from these countries have to some extent been trained to undertake a different job. Professional bodies and international recruitment agencies have recognised this and provide introductory courses, continued guidance and practical support for migrants. However, actual differences go deeper, i.e. beyond the specific detail into the future of radiology as a whole, a future the specialty may have, but the practicing radiologist may not. Nonetheless, as suggested in a recent landmark editorial by Forsting (Forsting M (2005) The Future of Radiology - From the Necessity of a Vision. Fortschr Roentgenstr 177: 1485-1488), structural changes comprising sub-specialisation of radiologists into organ-based imaging experts, as well as active management of service quality, may lead the way to a modern European imaging service, open to truly embrace free movement, a view echoed by Rinck (Rinck PA [2006] Radiology must regain initiative in research. Diagnostic Imaging Europe
21: 10-13)
The Royal College of Radiologists in particular has embraced these changes and currently consults openly on the future of the specialty.
* References available from: jlarsenmd@hotmail.com

In its bid to offer the most modern medicine program in Sweden, Örebro University has invested in three visualization tables from Sectra.

Round about 200 visitors came to this years HOSPITAL MANAGER SYMPOSIUM during the course of ECR 2007 to inform themselves about the latest news in Management, IT and Fincance in the field of…

The standard Digital Imaging and Communications in Medicine (DICOM) enables the integration of scanners, servers, workstations, printers and network hardware from multiple manufacturers into a… 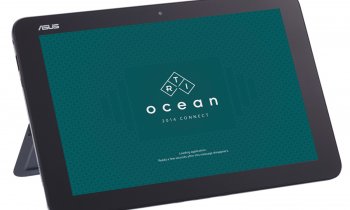