A major topic was the proposed revision of the EU Directive on In Vitro Diagnostics and its likely impact on the industry.

Preliminary figures based on the first three quarters of 2013 indicate that total sales of in vitro diagnostics (IVD) in that country decreased for the second year in a row. The good news: the sales volume dropped by only 0.7 percent compared to 1.5 percent in the previous year. As in 2013, the decrease was driven by losses in the rapid diagnostic test segment, above all blood sugar tests. Matthias Borst, VDGH Chairman of the Board, pointed at Germany’s statutory health insurers for not reimbursing test costs for type 2 diabetes patients who do not need insulin, and price pressure from increasing international competition.

On the European level, with a preliminary total sales volume of €2.1 billion, Germany remains the major market for in vitro diagnostics while, according to Matthias Borst, preliminary EU market figures also indicate a slight drop for the second consecutive year. Only Scandinavian countries, he says, report any growth to speak of, but these countries account for only six percent of the European IVD market. As in 2012, Southern European countries recorded the most severe losses, with Spain taking top position from Greece ­– estimated loss 11 percent.

A more optimistic outlook
Unfazed by the slight sales decrease, German IVD firms are ‘cautiously optimistic’ about the coming business year, according to an internal survey among VDHG members. Matthias Borst: ‘Our industry trend indicator slightly rises for 2014 compared to 2013.’ About 70 percent of the association members, who manufacture products for labs and patients, participated in the survey. Companies that offer IVD products for basic and applied life sciences research were not included.

For several years, the entire industry had foreseen a bright future, until late 2011 optimism disappeared. Although about 42 percent of respondents anticipate an economic upturn and two thirds expect sales growth, Association members were asked, for the first time, to comment on the anticipated shortage of qualified staff: a third of respondents considered this a relevant problem and worried about potential problems recruiting technical customer services and sales staff.

According to estimates by the European Diagnostic Manufacturers Association (EDMA) the new classification system will cost European IVD manufacturers an additional €580 million, while the EC anticipates additional costs of approx. €425 million. Thus association members, which are mostly small and medium-size, face an enormous financial burden and might also have to increase employees.

Nevertheless both EDMA and VDHG support the proposed regulation. In a first plenary vote in October 2013, the European Parliament adopted a draft version which contained several changes the ENVI Committee of the EU Parliament had proposed to the Commission’s draft. However, they do believe the currently discussed transition period of three years is ‘absolutely unrealistic’ and demand five years to implement a new regulation. It remains to be seen, though, whether and to which extent the changes proposed by the EP will be included in the final legislation.

Abbott Laboratories has obtained European Union approval to market its rapid, Plex-ID instrument, along with three assays for use on the system.

Automation evolving from customers’ own needs

Adaptability and scalability were the buzz words at the Siemens Healthcare Diagnostics booth at this year’s IFCC-Worldlab and EuroMedLab congress. With the ongoing generation of their… 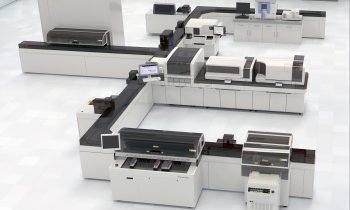 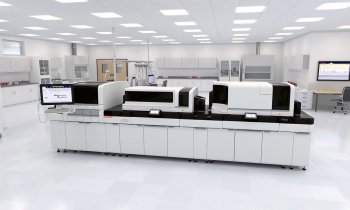