Directed by the German Hospital Association (Gesellschaft Deutscher Krankenhaustag -- GDK) and led by Georg Baum, President of the European Hospital and Healthcare Federation (HOPE), the conference will open with an examination of the current European health policy and the impact of the EU patients’ rights directive. Passed by the European Council of Ministers in February, these guidelines envisage patients having cross-border access to healthcare services, inclusive of a free choice of doctors and hospitals across the entire EU.

During our EH interview, the HOPE President expressed his particular pleasure that Luxemburg Health Minister Mars di Bartolemeo will attend the conference. ‘With Mr di Bartolomeo,’ he explained, ‘we have an experienced EU health politician on our side with whom it will be a pleasure to discuss the shape of hospital organisation with the attending decision makers and experts.’

Feeling ‘very honoured’ that HOPE’s European members have appointed him to lead the organisation for the next three years, George Baum added: ‘Representing the interests of all European hospitals is a highly complex task. The European healthcare market is a very heterogenic entity, which comprises very different social security systems with very different structures, resources and national welfare systems. I see myself as the guardian of national responsibilities as well as a promoter of committed European policies.’

Asked about a potential conflict of interests in representing both the German Hospital Association (DKG) and the European Hospital Association, he said it actually works quite well. ‘As our European healthcare systems are very much geared towards their own, national control mechanisms, at the DKG I look into issues around legally required provision, compensation systems and quality assurance measures etcetera. Of course there are also common grounds here on an EU level, regarding to the patients’ rights directive. There are different opinions across HOPE member states as to how much freedom patients should be given regarding their choice of treatment abroad. In Germany, we don’t have concerns because we can provide all forms of maximum care ourselves. However, there are countries with different national healthcare systems which fear they might lose patients. This includes countries with long waiting list problems, such as the Nordic countries and Great Britain, and Eastern European countries that are only just in the process of developing independent healthcare infrastructures.’

One effect of the EU patients’ rights directive on hospitals is that they must prepare to receive streams of foreign patients, he pointed out, and that includes providing the necessary communication skills, within the hospital as well as for follow-up communications with patients’ physicians abroad. ‘Many hospitals are actually already responding to enquiries from abroad and also actively promoting their services abroad. We are already working with the Federal Ministry of Economics to promote Medicine made in Germany as an international brand. I think it is a legitimate approach for each country to offer its medical treatment capacities and qualities on the international healthcare market. The cross-border freedom of choice can actually promote quality competition amongst hospitals and doctors.’

‘The directive requires that all EU Member States provide transparency about their range of services, prices and quality of treatment. We are already well on our way with this in Germany; we introduced a hospital catalogue a few years ago that systematically informs about the range of treatment on offer, and the quality of results in all German hospitals. There will probably be a need for clarification on how services are being reimbursed. The directive envisages that patients will pay for their treatment immediately. However, there is also discussion as to whether it would be possible to process payment via the respective social security systems. I’m rather critical about this. Moreover, in countries that lack capacity for patient care, things will depend on how they handle the right of provision of their own medical insurance systems, that is, how they will handle their national guidelines on the authorisation of treatment abroad.’

The lack of qualified doctors and nurses, as well as younger medics, is a problem across Europe, resulting from demographic change, he points out, mentioning increasing intensive care for aging populations. Thus, there is discussion about an EU guideline on the recognition of qualifications, including stipulation that nursing qualifications will only be internationally recognised if candidates have previously attended school for 12 years. This would considerably damage, for example, Germany’s current policy, which requires school attendance for only 10 years, and would prevent many motivated young people from entering nursing.

Founded in 1966 and initially aimed at knowledge exchange on best practices and networking among participating European hospitals, with the increasing importance of EU policies and healthcare provision in the Member States, HOPE’s range of objectives gathered pace. Today it not only represents the interests of its member organisations at important EU institutions in Brussels, but also is increasingly involved in EU-funded research projects, as well as promoting the international exchange of experience among hospital leaders through the annual HOPE Exchange Programme.

US community hospital develops its own unique app

The 1st European Hospital Conference (EHC) will see three important organisations face up to their differences in what promises to be a great debate: During our interview with Dr João de Deus,…

Held every three years, a very important healthcare IT event is to be held in Europe after a gap of 14 years. From November 15-19, healthcare managers and suppliers from 37 countries will arrive in… 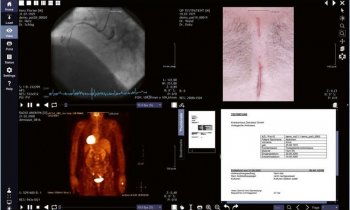